I used to have a high school teacher who told us that the turkey and gravy school lunches were made with ‘bits and pieces.’ The stuff you really didn’t know what to do with so you just kind of…made something new.

That happens to me sometimes. I have some bits and pieces left over in my brain as I do research for this blog and the ‘ben thinking’ email. So, I’m going to empty my brain once in a while…and what’s left will form a ‘bits and pieces’ post, from time to time.

Let’s see how it goes.

COVID. Still here. Is it just me or does it seem like so many people you know have COVID right now? Companies are still dealing with managing outbreaks, sick time and employees who want to power through and deal with it.

Ted Lasso. Late to the party but Ted Lasso may be the most uplifting show on television. If Jason Sudeikis did inspirational talks as Ted Lasso…I would seriously consider bringing him in.

Speaking of AppleTV. Did anyone watch Severance? I won’t make you prove it by asking you to explain it but…trippy right? I would highly recommend.

Camera on, slacker! Did you know that one study revealed that 92% of executives think someone who turns their camera off doesn’t have a long-term future at the company? I’m not sure if that’s true – 92% seems really high. Although I’d consider 50% high. Really? Because the camera’s off? I may have to blog on this one.

I’m so excited!!!! Can’t you tell by the number of exclamation marks I’m using? According to an article in Inc., that actually doesn’t work. They cited a poll that said more than one annoys the reader…instead of getting the point across. Whatever!!!!

That’s my favorite song! I’ll admit. Until Stranger Things 4 I was unaware of the new, old Kate Bush hit “Running Up That Hill (A Deal with God).” But Max, using it to try and escape Vecna…gotta love it. Which resulted in a very cool dad moment for me. My 12-year-old said, As soon as you figure out your favorite song I’m creating a playlist in case you ever need to access it fast. What’s your favorite song dad?”

Do you have a favorite song stashed on an emergency playlist in case you ever have to fight a fictional demon? Be prepared!

There you have it. Anything you read that you agreed with? Disagreed with? Questions? Just want to talk? 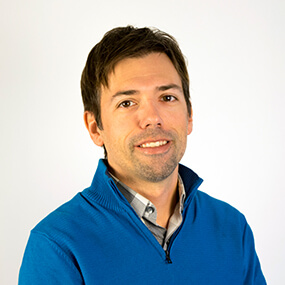 beyond the buzzword – 3 questions thought leaders should be asking themselves